A bill in the Northern Marianas that would prohibit the cruelty and theft of animals and provide penalties for such acts is awaiting the governor’s signature to become law. 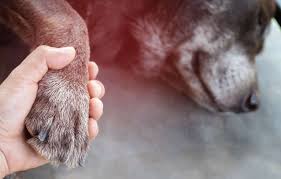 The bill passed the House of Representatives last month after it acted on amendments by the Senate.
It was a landmark passage as the first animal protection bill was introduced more than a decade ago.
Under the measure, which is known as the Animal Rights Protection Bill, any person who mistreats, abandons or neglects an animal, whether his own or someone else’s, will be faced with fines and penalties.
Cruel mistreatment covers torturing and inflicting unnecessary physical injury upon an animal, or to kill an animal in a manner that causes suffering to the animal
Last year a highly publicized recent case of abuse placed the spotlight on the lack of animal rights protection laws in the CNMI.
A dog was found with a knife embedded about a few inches into her head.
The dog recovered after surgery but the perpetrators of the abuse couldn’t be held accountable.
The CNMI was the only place in the US and its territories that had no animal protection law for domesticated animals.
20.59368478.96288
Prev Post

Animal activist died trying to expose what Bill 156 will hide

Naming Your Dog or Puppy