If you are in France and a stray dog goes by you may hear people call the dog by a name but it may not be the dog’s actual name. The French love their pets and have some typical pet names that they use.

In French, the dog says “ouaf-ouaf”.

Some of the more traditional names are:
Lassie – An old-time favorite that made its way over the Atlantic.
Rintintin – Another dog that became a hero and whose fame crossed the oceans.
Oscar – a friend of deer
Rex – king
Medor – the equivalent of Rover
Titou – Short form of Antonius or Antoine meaning highly praiseworthy.

The French have a tradition to name their dogs based on a letter that year. The letter for 2017 was N, in 2018 it was O, and in 2020 it was P so many people named their dogs with names starting with P like Pascal, Pierre, Penelope… You get the idea. In 2021, the letter will be Q. Of course, not everyone follows this rule.

If someone says to you in French “Avoir du Chien” they are not implying that you are a dog but complimenting you. It means that you are attractive. It is used mainly for women.

The common synonym for a dog in French is ‘toutou’ so some people call their dog ‘Toutou’.

The word for a puppy is ‘un chiot’ and is used interchangeably for male or female dogs.
There are other derogatory words for a dog that you would not call your beloved pet, so stay away from slang words for dog, like ‘un cabot’ (a mutt), ‘un roquet’ (a pug), ‘un clebs’ (slang for dog or mutt) or ‘un cle’bard’ (mongrel).

According to the website Nomdunchein.com the top names for dogs are:
Snoopy – Beloved Peanuts character by Charles Schultz.
Tina – Christian usually a girl’s name.
Sam – together, short for Samuel or Samantha, means God has heard.
Salty – Salle in feminine form and Sale’ in masculine form Sounds like Sally in English.
Ulysse – the French version of Ulysses. Some famous Frenchmen with that name are/were:

Chipie – Literally a bitch, a female dog but it does not have a positive slang connotation.
Rocky – Rocky or rugged (m)
Roxane – Dawn (F)
Max – Short for Maxamillien, a male name coined by Fredrich III for his son in 1459, a combination of the names of two Roman generals, Maximus and Scipio Aemilianus.
Lady – the female head of the household.
Ugo – a variant on the spelling of Hugo as in Victor Hugo who wrote Les Miserables, or meaning mind or intellect.
Tequila – as in the Mexican liquor.
Simba – As in the Disney movie Lion King
Ramse – As in the Egyptian pharaoh. Usually a male name.
Teddy – As in Theodore, or endearment for bears. It means “wealthy protector”, “brave people” or “God’s gift” It is related to four Old English names, Edmund and Ted, Theobald from German, and Theodore from Greek.
Titus – The name of a Roman military commander who became Emperor
Maya – Short for the Hebrew name Maayan which means spring or brook. French form of the name Maia meaning midwife, mother, and sublime.
Tania – meaning fairy queen 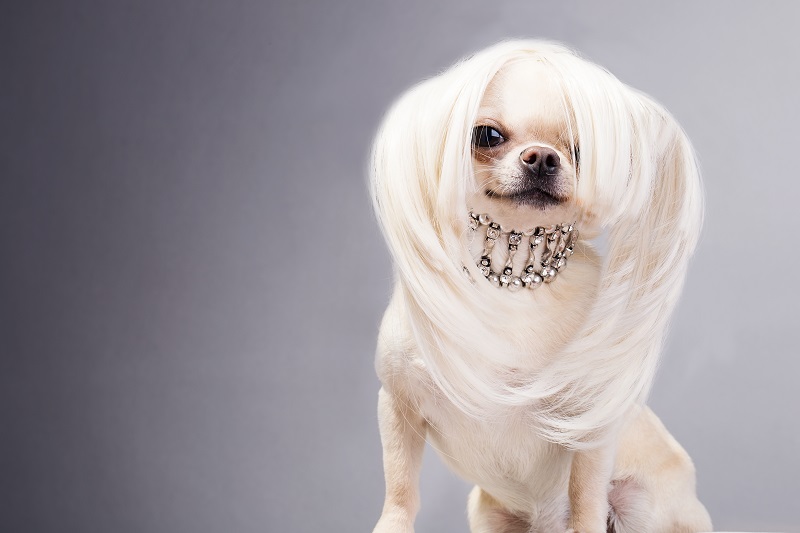 Ce’cile – One of the shining lights, after Saint Cecile the patron Saint of music.
Chantal – meaning stone, Chantel means song
Chloe – meaning blooming or fertility in Greek, or young green shoot.
Coquelicot – Poppy
Coquette – Flirt
Corinne– meaning beautiful maiden
Cosette– meaning victorious, but it does not appear to be used as a first name until the Frenchman Victor Hugo used it in his main character for Les Miserables
Edith– meaning riches or blessed. The French version has a line slanting left above the E, known as the accent aigu, as opposed to the accent slanted the other way known as grave.
E’lise – French form of Elizabeth meaning “ My God is an oath” or “MY God is abundance”
E’lodie – meaning foreign riches
Esme’– Esteemed or beloved

Felicite’ – Happy or lucky
Fille – Girl
Fleur – Flower
Genevieve – meaning women of the race
Gigi – meaning “earth-worker” or “God is gracious”. It is the pet name for Georgina or Virginia. Made popular by the 1958 musical where Maurice Chevalier sang “Thank Heaven for Little Girls”.
Josephine – The name of the Empress, Napoleon’s wife.
Libellule – Dragonfly
Louise – feminine form of Louis and a known royal name for a girl.

Names Based on French Landmarks 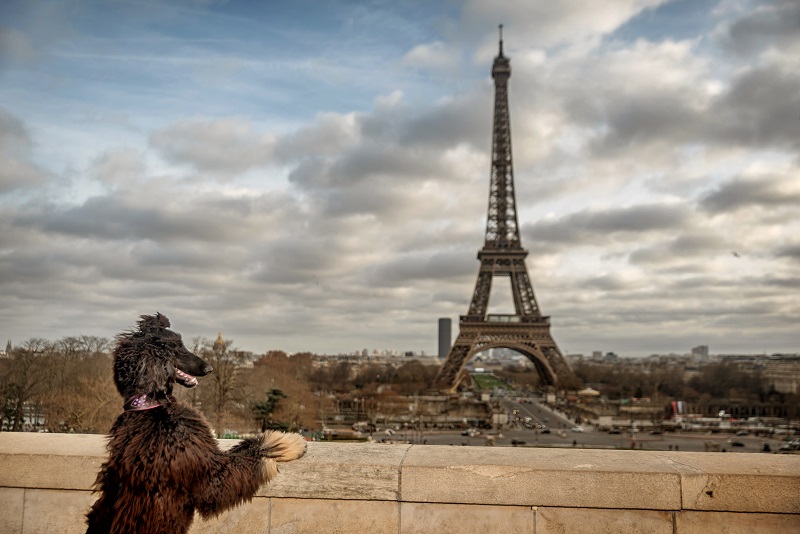 If someone tells you in French “Dormir en chein de fusil” they are saying ‘you sleep like a ‘gun’s hammer’ meaning you sleep curled up as a dog does’.

If you did not find what you are looking for check out 500 French Dog Names on Puppy Leaks.

Top 5 Signs of Urinary Tract Troubles in Cats and Dogs