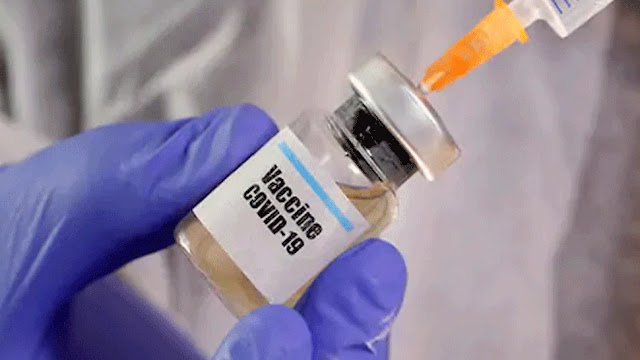 Amid reports of the world’s first Covid-19 vaccine from Russia pouring in since the last few days, the Russian health minister said they will make a coronavirus vaccine candidate it is working on available to the general public before it clears the third and last phase of clinical trials, according to a new report.
“The government’s decree implies this. It will be imperative that additional clinical research of an approved vaccine be conducted simultaneously,” Murashko told reporters during a working trip to the central Russian city of Yekaterinburg, according to Sputnik News report.
According to a Bloomberg report, Kirill Dmitriev, the chief executive of the government-backed Russian Direct Investment Fund (RDIF), said researchers in Russia are testing two different types of adenovirus vectors in order to reduce the chances of pre-existing immunity reducing the vaccine’s effectiveness. That vaccine will start phase 3 trials in thousands of people on Aug. 3 in Russia as well as in Saudi Arabia and the United Arab Emirates, Dmitriev said. Russia could make 30 million doses domestically in 2020, and 170 million abroad, with five countries expressing interest in producing the vaccine and others willing to produce it, he said.
Earlier, Russia’s Sechenov University announced that it had successfully completed clinical trials of a coronavirus vaccine, developed by Russia’s Defense Ministry’s Gamalei Institute of Epidemiology and Microbiology. Alexander Lukashev, the director of Sechenov’s Institute of Medical Parasitology, Tropical and Vector-Borne Diseases, told Sputnik that the trials had established the vaccine’s safety on human health. It has recently cleared the first stage of trials in a small group of volunteers. Murashko described the outcome as “positive.”
Moreover, the research institute head also said that the Covid-19 vaccine is “patented and more advanced than Western competitors and will be happy to share the technology with foreign colleagues, should they require,” as per reports.
The statement came after the UK, the US and Canadian governments accused Russian state intelligence of hacking international research centers that are racing to develop a Covid-19 vaccine.
In a dramatic statement on Thursday, Britain’s National Cyber Security Centre (NCSC) said vaccine and therapeutic sectors in multiple countries have been targeted by a group known as APT29, which it said is “almost certainly” part of the Russian state intelligence. Security agencies in the U.S. and Canada later issued their own statements backing up the findings, reported Bloomberg.
However, the Kremlin has refuted the allegation.
“Our technology is patented, unique and with parameters which, I feel confident to claim, exceed the capabilities of analogous products being developed in the West,” Ginsburg said, adding that “most probably, if there is any borrowing, it will be our immunization scheme to be borrowed, and we will be happy to share our hacks with the colleagues, should they need.”
Earlier, the Russian Defence Ministry clarified that tests of the vaccine against coronavirus are being conducted in full compliance with methodological regulations, with no attempts to reduce the duration of the research.
“The Russian Defence Ministry tests the vaccine on volunteers in full compliance with the acting legislation and scientific methodological regulations, in order to prevent further risks, without any attempt to reduce the duration of the research”, the ministry said in a statement, as reported by Sputnik.
President Vladimir Putin has made finding a vaccine a top priority. Russia has recorded more than 750,000 Covid-19 cases, making it the fourth most-affected country in the world. In Russia’s race to be the first to find a vaccine against Covid-19, it’s taking an approach that would be shunned in other countries, claiming it will know in just three months of trials whether its leading candidate works.
0